Welcome to my family history page, which is dedicated mainly to the Downie name.

Here are three links to the information:

information about Downies (unrelated as far as I know) living in Strathdon, Aberdeenshire 17th-19th Century

Each of these websites opens in a new window - close that window to continue browsing this site.

Robert Downie of Appin, son of a Perthshire tenant farmer who made his fortune in Bengal and returned to become MP for Stirling Burghs

Captain George Downie, killed at the Battle of Plattsburgh in 1814 (including both historical and genealogical information)

Major William Downie gold prospector and founder of the town of Downieville, California

Downie DNA - results of DNA testing seem to show that there are at least three different groups with the Downie surname; Damian Downie has an excellent summary, focused mainly on Downies from Ulster and the North West of Scotland, on his website, including a lengthy discussion on the origins of the surname (my DNA is completely different from his)

Descendants of David Downie and Janet Greig in West Central Fife (originally Auchterderran), Edinburgh and many other places.

Robert Downie's family history (West Scotland and Northern Ireland) - this website no longer exists, and the link takes you to an archived version via the Wayback Machine; much of the content has, unfortunately, not been archived.

I have lots of information about other Downies in all parts of Scotland including Orkney, Caithness, Aberdeenshire, Aberdeen, Angus, Perthshire, Dundee, Dunfermline, Edinburgh, Glasgow, Blantyre, Old Monkland, Wigtownshire, Argyllshire and Ayrshire. Farther afield I have researched two different families who moved from Glenisla and Fife to Northumberland, and have identified a number of families which emigrated to Australia, Canada and the United States (including one branch of my own family). Some of my information is unconnected snippets and other material is quite extensively researched - no time to put it on the web.

I might not be related to you but I may well know someone who is, so if you have an interest in Downies in or from Scotland, please contact me:

I live in Aberdeen, Scotland and am a member of the North East of Scotland Family History Society. 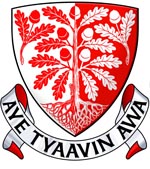 In case you are wondering, here is what I look like (updated November 2008): 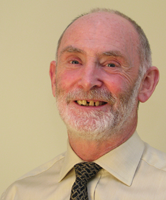